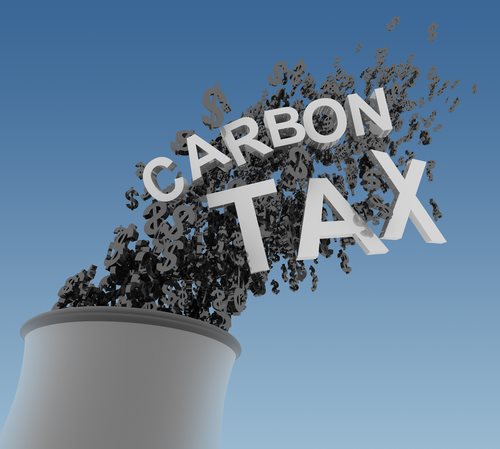 What is a Carbon Tax?
A carbon tax is a special form of environmental taxation that is predominantly levied based on the carbon content of particular fuels. In essence, the Carbon Tax is a sin tax and a distinct form of carbon pricing. The tax is levied to reduce the amount of greenhouse gases and to mitigate the diminishing effects that such gases place on the Ozone layer.
Carbon atoms are found in every fossil fuel, such as petroleum, coal and natural gas); these atoms are released as carbon dioxide when burnt. When increasing carbon dioxide is released into the atmosphere, the negative externalities and environmental effects are debilitating. In contrast, non-combustion energy forms, such as wind, sunlight, nuclear and hydropower, do not convert hydrocarbons into carbon dioxide.
Numerous studies and science academies, as well as the Assessment Reports distributed by the Intergovernmental Panel on Climate Change, have stated provided exhaustive research pointing to the potential impacts of carbon products and human-induced climate alterations. The carbon tax is therefore a fundamental policy measure that is used to help reduce the amount of greenhouse gases sparked through the emissions from fossil fuels. To reduce this impact, known as the carbon footprint, a number of countries have implemented carbon taxes or energy taxes related to carbon emissions.
The carbon tax is levied and implemented differently based on government policy. In general, the carbon tax can be placed on users or producers of carbon-based fuels by the taxing only the burning of such fuels—products such as coal, gasoline, aviation fuel, natural gas or petroleum—in proportion to the fuel’s carbon content. Carbon taxes all offer a potentially cost-effective means of reducing greenhouse gas emissions.
From an economic standpoint, carbon taxes are a form of Pigovian tax—they help address the problem revolving around greenhouse emissions, however, they do not face the full social costs of the action. In addition, carbon tax is a regressive taxation model, in that it will disproportionately affect those individuals in the lower income brackets. This regressive nature, however, can be offset by using tax revenues to favor those low-income groups.
Specifics of the Carbon Tax:
Carbon Dioxide is a heat-trapping greenhouse gas; in the scientific community, the general consensus is that all human-induced greenhouse gas emissions are the primary cause for the augmentation of global warming and that carbon dioxide, of all the greenhouse gases, is the most responsible for destroying the atmosphere.
Throughout the world, over 27 billion tons of carbon dioxide is produced per year by general human activity. The physical effect of this massive use of carbon dioxide can measured or observed as a change in the planet’s atmosphere system’s energy balance—more specifically the radiative forcing of carbon dioxide.
The carbon tax utilizes an indirect taxation model; as oppose to a direct tax which places a levy on income, the carbon tax is placed on transactions and use. As stated before, the carbon tax will differ based on the regulating government agency.
In the United Kingdom, for instance, the carbon tax is levied through the introduction of the fuel duty escalator, which is a specific environmental tax on retail petroleum products. This act aimed at reducing the carbon dioxide emissions in the transport sector. The United States, by contrast, has implemented a broad carbon tax that is interpreted and subsequently implemented on a local level.