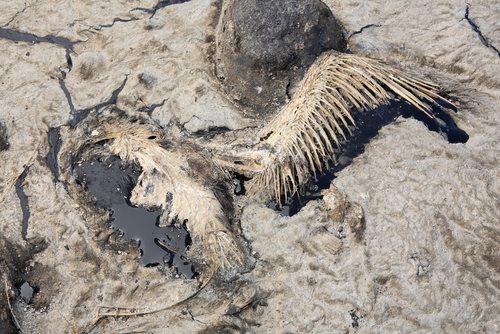 What is an Oil Spill?

An oil spill refers to the release of a liquid-based petroleum hydrocarbon into the environment as a result of human activity. This introduction of destructive agents is a drastic form of environmental pollution that harbors numerous negative externalities and could precipitate the dissolvent of an entire ecosystem. The term oil spill most likely refers to marine oil spills, which occur when oil is released into the ocean or coastal waters.

As a broad term, oil spills include the release of all crude oil from tankers, drilling rigs, wells and offshore platforms, as well as those spills of refined petroleum products (such as diesel and gasoline) and their by-products. In addition, oil spills can refer to the release of heavier fuels into the environment that are carried on large ships, such as bunker fuels or the spill of any oily substance or waste product.

What are the Environmental Effects of an Oil Spill?

Oil spills are extremely destructive to the environment; a generic oil spill can take months or years to clean up. An oil spill is extraordinarily damaging because the oil, when released from its containment, penetrates specie’s ecosystem as well as its natural defense structure. For example, oil penetrates the plumage of all birds, reducing its insulating abilities, thus rendering the birds defenseless against temperature fluctuations and water buoyancy.

In addition to penetrating the bird’s core, an oil spill also impairs or disables birds’ flying abilities, which impedes them from foraging and escaping from predators. When the bird attempts to preen, it will ingest oil that is soaked in their feathers, causing kidney damage and rupturing the animal’s digestive tract and liver function. As a result of these terrible consequences, the majority of birds will perish, without human intervention, from an oil spill.

Marine mammals are also gravely affected when exposed to an oil spill. When released, oil coats the fur of seals and Sea otters, reducing the animals’ insulation abilities, ultimately leading to body temperature fluctuations and hypothermia.

Furthermore, ingestion of the oil can cause dehydration and impaired digestive tracts; because oil floats on top of water, sunlight barely penetrates into affected areas, limiting the photosynthesis abilities of marine planes and phytoplankton. Each of these deadly characteristics ultimately ruptures and affects the food chain in these ecosystems; when one portion of the food chain is altered the lower rungs of the chain snap as well.

The Cleanup and Recovery of an Oil Spill:

Cleanup and recovery efforts from an oil spill is a difficult process that is dependent on numerous factors, including the type of oil spilled, the temperature of the water and the types of beaches or shorelines involved. The various methods for cleaning up an oil spill include the following procedures:

Controlled burning may be an effective way to reduce the amount of oil in water; this process must be executed in a low-wind environment to mitigate the amount of air pollution.

Dispersants may act as detergents; these agents cluster around oil globules effectively allowing them to be carried away in the water.

Other effective ways to remove or diminish the effects of an oil spill include: skimming, dredging and the creation of a centrifuge.

Environmental Protection Agency to Award $569 Million in Funding to Areas...