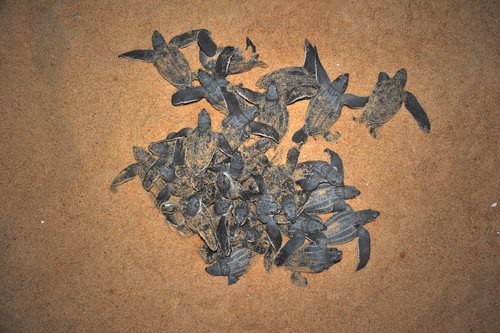 What is the Endangered Species Act?

The crucial legislation was enacted as a consequence of industrial and economic growth during this era; as the nation required to use more resources and fossil fuels to spark development the conservation of America’s natural environment and ecosystems become of grave concern.

What lead to the creation of the Endangered Species Act of 1973?

The Endangered Species Act of 1973, as stated before, was a part of a drastic effort by the United States Federal Government to help conserve various ecosystems and the environment in general. The near extinction of the bison and the rapidly disappearing population of numerous species helped drive the call for mass wildlife conservation efforts throughout the 1900s.

The predecessor of the Endangered Species Act of 1973 was the Endangered Species Preservation Act of 1966. This legislation authorized the Secretary of the Interior to list endangered domestic wildlife, predominantly fish, and allowed the United States Fish and Wildlife Service to allocate up to $15 million per year to purchase habitats necessary for listed species. Additionally, this act directed federal and land agencies to help preserve various habitats on their land.

In addition to the aforementioned act, the Endangered Species Conservation Act, which was passed in December of 1969, amended the original law to provide additional protective efforts to species in danger of extinction by prohibiting their importation and sale in the United States. This act formally expanded previous laws to ban interstate commerce involving mammals, amphibians, mollusks, reptiles and crustaceans.

Specifics Regarding the Endangered Species Act 1973:

President Richard Nixon, during the early portion of 1973, stated that conservation efforts of endangered species were inadequate and called on the 93rd United States Congress to pass a series of comprehensive endangered species legislation. Congress responded by offering completely revised and rewritten laws that aimed at protecting endangered species and conserving the ecosystems which they depend on.

The Endangered Species Act 1973 created two federal agencies: the United States Fish and Wildlife Service and the National Oceanic and Atmospheric Administration. The NOAA handles all marine species and the FWS was responsible for freshwater fish and all other species. Those species that occur in both habitats were jointly managed.

The Endangered Species Act primary goal was to prevent the extinction of imperiled animal and plant life and to secondly, recover and maintain those endangered populations through the removal of threats. The ESA created a classification system to better target endangered species; under the ESA, to be considered for listing, the species must meet one of the following five criteria:

The species faces a threat of modification, destruction or curtailment of its habitat

An over utilization for recreational, commercial, scientific or educational purposes

The species is declining as a result of disease or predation

There is an inadequacy of existing regulator mechanisms