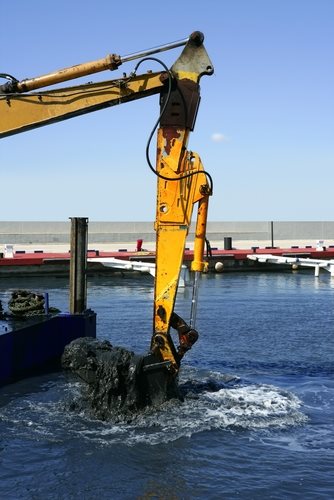 On November 13, 2012, the Environmental Protection Agency (EPA) reported that the third consecutive season of dredging on the Hudson River was completed.  A total of 1.3 million cubic yards of sediment containing PCBs has been removed from the Hudson River so far.


The dredging began on May 9, 2012 after General Electric (with oversight form the EPA) removed 650,000 cubic yards of contaminated sediment south of Fort Edward, New York.  The EPA is now half way to its goal of removing 2.65 million cubic yards of polluted sediment from 40 miles of the upper Hudson River.


The EPA reports that approximately 1.3 million pounds of PCBs went into the Hudson River after they leaked from two General Electric manufacturing plants in Fort Edward and Hudson Falls.


The EPA set strict standards during General Electric’s dredging.  The company could not allow more than 2 percent of the dredged PCB-contaminated sediment to stir and become suspended in the water.  The first series of measurements were conducted in Waterford.  Additionally, the EPA did not allow the company to suspend more than 1 percent of the contaminated sediment by the time the water reached Waterford.  Waterford is the farthest monitoring station downstream on the Hudson River.


The company fulfilled a goal of letting no more than 11 percent of the project undergo capping as well.  General Electric’s seasonal cleanup only accounted for 5 percent capping in the contaminated area besides capping that could not be prevented.