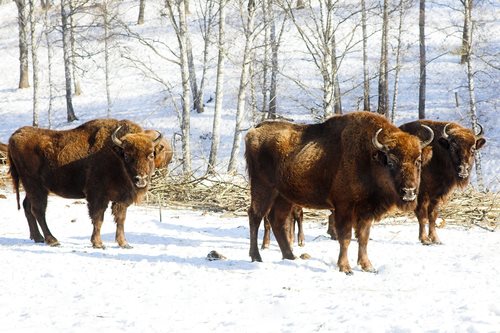 What are Endangered Animals?

Endangered animals or endangered species is a population of organisms which is at risk of becoming extinct, because the species either has a limited population precipitated by alterations in their natural ecosystem or as a result of predation parameters. The International Union for Conservation of Nature, the predominant organization to educate and thwart the extinction of a life form, has calculated the percentage of endangered animals as 40 percent of all living organisms on planet Earth.

The majority of nations possess laws to offer protection to encourage the conservation of endangered animals. These nations enforce various laws or legislation to protect the extinction of a species; for example, a country can implement laws to outlaw hunting or restricting land development for a certain animal species or ecosystem.

Additionally, laws implemented to preserve these endangered animals can help create preserves where the animals are free to roam without endangerment. That being said, only a few of the many species at risk of permanent extinction actually make it to these lists to obtain legal protection.

What is an Indicator of Endangered Animals?

The primary indicator to detect endangered animals is the conservation status. This label is places on a species to indicate the likelihood of that particular species not living. Numerous factors are taken into consideration when assessing the conservation status of a species; aside from the raw number of the species remaining, the overall increase or decrease of the animal population overtime, as well as the breeding success rates and known threats are placed I the formula.

Climate change is arguably the predominant causative agent that has led to the increase in endangered animals. Before global warming and the mass introduction of greenhouse gases, a number of species were able to survive in their natural ecosystem. With the rapid increase of climate change, however, animals are now at risk of becoming extinct.

Numerous scientists have stated that the key cause of endangered animals is a result of climate change and in particular the rising temperatures of the planet and deforestation. As temperatures rise and resources are exhausted water supplies shrink, which creates a vicious domino effect within the natural food chain.

The IUCN publishes a red list, which refers to a specific category of endangered animals. Under this ranking system, the IUCN establishes categories and criteria tangibly labeled between critically endangered and vulnerable.

Extinct in the Wild: These endangered animals are captive or placed in preserves, but there is no free-living natural population. Examples include: Socorro Dove, Red-Tailed Black Shark, Catarina Pupfish, Wyoming Toad.

Near Threatened: These types of endangered animal are considered threatened in the near future: Examples Include: American Bison, Maned Wolf, Tiger Shark, Striped Hyena and the Narwhal.