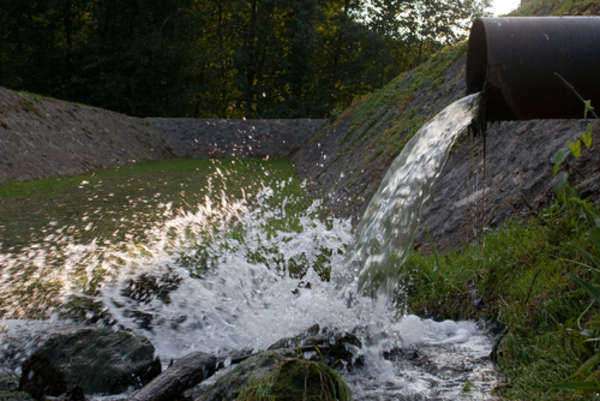 The controversial hydraulic fracturing, or “fracking,” technique for natural gas drilling came under fire again last week as a driller from Poland, Ohio was indicted by a jury in Youngstown.  The driller, Benedict Lupo, was charged with violations of federal environmental laws that could result in a prison sentence of up to three years and a fine of up to $250,000.

Lupo, along with his company and one of its employees, were charged with crimes stemming from the alleged dumping of over 20,000 gallons of waste from a fracking site.  The toxic liquids, which included heavy metals and crude oil in salt water, also contained benzene and toluene, two hazardous substances that are part of the waste generated from hydraulic fracturing operations.

In order to drill a well for natural gas using hydraulic fracking, water and toxic solvents are pumped hundreds of tons at a time into rock deep under the ground.  The pressure of the water forces the rock to open up, which exposes pockets of natural gas that formed millions of years ago.

While fracking always generates toxic waste, the state of Ohio has designated specific injection wells for the disposal of this waste.  Using this form of disposal costs money, though, and Lupo's company is accused of choosing instead to dispose of the fracking waste into a storm drain.

Unlike sanitary sewers (the kind used for toilets), storm sewers don't lead to a treatment facility and instead dump directly into the water supply.  The Mahoning River in Youngstown is where the 20,000 gallons of solvents and salt water eventually ended up, according to the prosecution in the case.

After receiving an anonymous tip regarding illegal dumping, the Ohio Department of Natural Resources sent agents to observe the location where the dumping was supposedly occurring.  These agents allegedly saw additional dumping taking place in front of them.

Even after his federal trial is over, Benedict Lupo could be in for additional legal trouble from the state of Ohio.  The state Attorney General's office is currently investigating accusations that Lupo's company stored fracking waste improperly and transported it in potentially hazardous ways, both of which are civil infractions with fines of up to $25,000 per day.

While the trial is being conducted, Lupo's operating permits for his six fracking sites have been pulled by the state.  Fracking has come under fire from many environmental groups nationwide, which say that the risks of toxic pollutants going into the environment makes hydraulic fracturing a bad energy investment.

Wind Energy Tax Credit May Expire by End of 2012