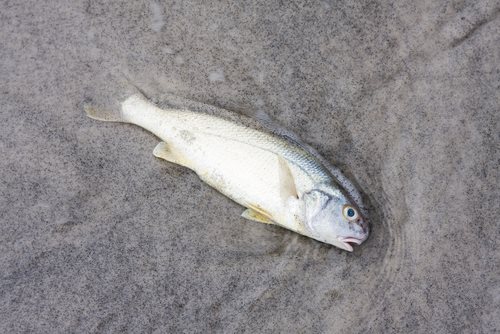 As a social movement, environmentalism seeks to influence political legislation and the overall political process through activism, lobbying and education in order to protect earth’s ecosystems and natural resources.
In general, our environmental problems strip away at Earth’s resources, while also raising numerous health concerns as a result of the introduction of toxins and contaminants in our planet’s atmosphere and natural environment.
An environmentalist is an individual who speaks out about environmental problems and the destruction of our planet, while educating political powers and the masses concerning the sustainable management of earth’s resources through a variety of public policy alterations or improved individual behavior that focuses on conservation and not being wasteful.

What are the most pressing Environmental Problems?

Anoxic Waters: These environmental problems refer to areas of fresh or salt water that are depleted of oxygen. This condition, which is generally found in areas that contain a restricted water exchange, results from several factors; for example, density stratification, stagnant condition, the introduction of organic materials and strong thermoclines.

Additionally, the bacterial production of sulfide, which starts in the sediments where the bacteria strands find suitable substrates, expand into the water column yielding a depletion of oxygen.

Environmental problems that stem from climate change refer to any effect caused by a long-term alteration in the statistical distribution of weather patterns. Climate change may refer to an alteration in the average weather conditions or a change in the distribution of weather events with respect to severity or averages.
Although climate change is a natural environmental occurrence, the increased presence of carbon dioxide, most notably caused by humans and the increase of industrial-based goods and fossil-fuel combustion, has altered the climate through the depletion of the Ozone layer.

The environmental problems associated with energy consumption and harvesting is diverse. In modern times, the reliance on fossil fuel resources has lead a series of environmental problems sparked by global warming and climate change. As we burn more and more fuel, to supply the increased population and our demands for transportation or industrial-based goods, an increased amount of carbon and toxins are released into the atmosphere. Additionally, this reliance on environmentally debilitating energy sources has precipitated faulty waste management maneuvers and the reduction of clean water sources.

These forms of environmental problems refer to a concept in which the value of the biophysical environment is altered by one or more combination of human-induced processes directed towards the land. Land Degradation is viewed as any alteration or disturbance to earth’s land that is perceived to be undesirable. These environmental problems are caused by agricultural depletion, land clearance (deforestation), urban sprawl, commercial development and inappropriate irrigation techniques.

The aforementioned types of environmental problems can be grouped into a broad term, known as environmental pollution. These environmental problems refer to any introduction of toxic emissions or contaminants into a natural ecosystem or environments that directly causes instability, destruction, discomfort or disorder to the infected region, including all negative effects of not only the physical system, but also all the living organisms within the particular environment.