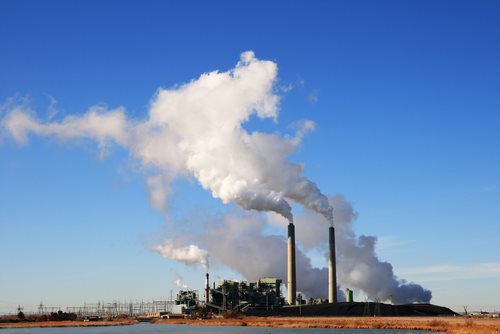 Although pollution, in the most basic of forms, has existed since the dawn of time, it was the industrial revolution that prompted the grave forms of environmental pollution that are present today. The emergence of factories and the subsequent consumption and use of materials, such as coal and other fossil fuels gave rise to unprecedented levels of air pollution. Furthermore, the large volume of chemical discharges augmented the growing load of untreated human waste.

All pollutants are damaging forms of foreign substances or energies; Pollution can organically occur through the excess presence of a naturally forming gas or energy. In most cases, however, Pollution is prompted by man-made intervention through the use of machines and carbon-based products.
Effects of Pollution on Human Health:
Although pollution has several negative effects on human health, the most obvious and perhaps the most debilitating, stems from the reduction of air quality (approximately 650,000 Chinese die prematurely from air pollution each year) and the dissipation or pollution of water. Ozone pollution can lead to a number of health problems, including respiratory disease, throat inflammation, chest pain, general congestion and cardiovascular disease.

Water pollution and the overall reduction of clean water sources cause roughly 14,000 deaths per day; this astronomical tally is prompted by the contamination of drinking water and the lack of treatment associated with sewage in developing nations.

Other forms of pollution, such as contamination sparked by oil spills, can cause skin irritations and rashes. Noise pollution also yield negative health effects, such as hearing loss, stress, sleep disturbance, stress and high blood pressure. The presence of mercury, which is a common form of pollution, has been linked to numerous developmental deficits found in children and various neurological symptoms.

The major forms of Pollution are found below, along with their relevant pollutants or causative agents:

This form of Pollution refers to the release of chemicals and particulates into the atmosphere Common gaseous air pollutants include: sulfur dioxide, carbon monoxide, nitrogen oxides (primarily produced by industries and motor vehicles) and chlorofluorocarbons.
Light Pollution
This form of Pollution refers to astronomical interference, over-illumination and all forms of light trespass.

This form of Pollution results from various 20th century activities in atomic physics, such as nuclear weapons research and nuclear power generation, as well as manufacture and deployment-related activities.

A dangerous form of Pollution that results from the discharge of wastewater from commercial and industrial waste (occurs intentionally or from oil spills) into surface waters. Additionally, water pollution occurs from the discharge of untreated domestic sewage and the introduction of various chemical contaminants, such as chlorine, present through the treating of sewage or through the release of waste and contaminants into surface runoff flowing to surface waters.
This process occurs in situations of urban runoff and agricultural runoff, which may introduce various pesticides and chemical fertilizers. Other forms and causes of water pollution include waste disposal and leaching into groundwater sources.

The aforementioned forms of Pollution possess different sources. Air pollution, for instances, comes from both man-made and natural sources. Although natural air pollution is possible, the increased presence of man-made pollutants, primarily introduced from combustion, mining, construction, agriculture and warfare has placed a greater significance on the dissipation of the environment through human intervention.

As a result of this trend, motor vehicle emissions are one of the leading causes of air pollution and Pollution in the United States. In the realm of air pollution, a complimentary form of Pollution known as stationary pollution; these debilitating situations are sparked by chemical plants, coal-fired power plants, petrochemical plants, nuclear waste disposal activities, oil refineries, incinerators, large livestock farms, metals production factories, plastic factories and other heavy industries.

Pollution can also arise out of a natural disaster. For example, when a hurricane strikes, negative externalities such as water contamination left from sewage and petrochemical schools from ruptured automobiles or marine crafts are common.

Other forms of Pollution include disruptions to soil; common soil contaminants are chlorinated hydrocarbons, heavy metals (such as chromium, lead, cadmium, aviation fuel and gasoline, as well as zinc, arsenic and benzene.

Enviromental Laws At A Glance