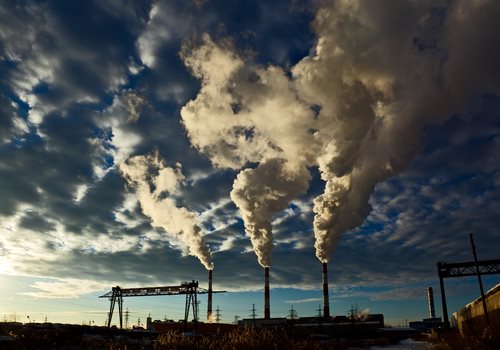 Although pollution, in the most basic of forms, has existed since the dawn of time, it was the industrial revolution that prompted the grave forms of environmental pollution that are present today.

The emergence of factories and the subsequent consumption and use of materials, such as coal and other fossil fuels gave rise to unprecedented levels of air pollution. Furthermore, the large volume of chemical discharges augmented the growing load of untreated human waste.

All pollutants are damaging forms of foreign substances or energies; Pollution can organically occur through the excess presence of a naturally forming gas or energy. In most cases, however, Pollution is prompted by man-made intervention through the use of machines and carbon-based products.

What are the different Types of Pollution?

There are eight fundamental types of environmental pollution; each one possesses detrimental effects on human habitation, wildlife and the overall quality of life in the affected region.

These types of pollution are defined as any combination of the atmosphere, which disturbs the natural composition and chemistry in the form of particulate matter, such as dust or excessive gases (carbon dioxide and other vapors.)  These types of pollution cannot be effectively removed through a natural cycle, such as the nitrogen or carbon cycle. Air pollution is generated from a variety of sources including: vehicle or manufacturing exhaust, natural occurrences, such as volcanic eruptions, forest fires or dry soil erosion.

A dangerous form of environmental pollution that results from the discharge of wastewater from commercial and industrial waste (occurs intentionally or from oil spills) into surface waters. Additionally, water pollution occurs from the discharge of untreated domestic sewage and the introduction of various chemical contaminants, such as chlorine, present through the treating of sewage or through the release of waste and contaminants into surface runoff flowing to surface waters.
This process occurs in situations of urban runoff and agricultural runoff, which may introduce various pesticides and chemical fertilizers. Other forms and causes of water pollution include waste disposal and leaching into groundwater sources.

These types of environmental pollution results from various 20th century activities in atomic physics, such as nuclear weapons research and nuclear power generation, as well as manufacture and deployment-related activities.

This form of environmental pollution refers to astronomical interference, over-illumination and all forms of light trespass.

These types of pollution exist when excess heat creates undesirable effects over a long period of time. The earth possesses a natural thermal cycle, but when excessive temperature increases are present–precipitated by man-made energy sources such as power plants, air pollution which traps heat, deforestation and urban sprawl—the effects are drastic.