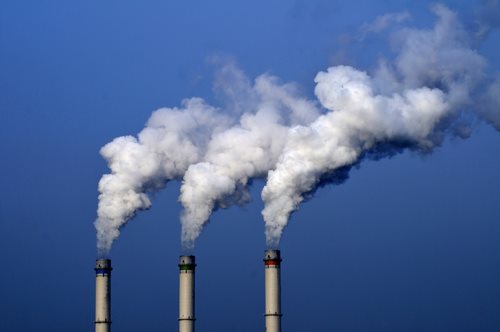 New figures show that, energy-saving technologies and a concerted effort in renewables have led to the overall reduction in climate pollution. This drops in climate pollution—even as the U.S. Congress fails to act on climate change in a broad spectrum—brings the United States more than halfway towards President Barack Obama’s goal.

The United States’ carbon dioxide emissions in 2012 fell to their lowest levels since 1994, according to various environmental reports.

Carbon dioxide emissions in the United States fell by 13% in the last five years, due to new energy-saving technologies and a two-fold increase in the practice of renewable energy resources, as confirmed by the Bloomberg New Energy Finance Commission for the Business Council for Sustainable Energy.

This reduction in climate pollution brings the United States more than halfway towards President Obama’s target of reducing emissions by 17% from 2005 levels over the next decade.

By the end of 2012, the United States’ emissions of carbon dioxide and other greenhouse gases had fallen nearly 11% from the 2005 levels. This drop puts President Barack Obama in a better position to defend his environmental policies and achievements, which often go overlooked in the bitter realm of climate science. Moreover, such statistics may bolster America’s standing with global climate regulations.

Lisa Jacobson, acting President of the Business Council for Sustainable Energy, said these findings exposed the conservative argument that acting on climate change would hinder the economy—carbon emissions are declining while GDP is rising.

The dramatic decrease in Carbon emissions is attributed to the country’s shift in energy production—Coal fell to 18% in 2012 from 22.5% in 2007 of the nation’s energy mix, and oil use also declined.

Thanks to fracking, natural gas production filled the majority of this gape—the United States received 31% of its electricity from gas-fired plants in 2012.

Over this timeframe, total energy use fell by 6.4% since 2007. The bulk of emissions cut were largely due to installing more efficient cooling and heating systems in commercial locations. Other cuts in emissions came from transport, as 488,000 Americans purchased plug-in or hybrid vehicles.

This mix of energy sources proves that the economy can grow as our reliance on carbon-emitting gases declines.