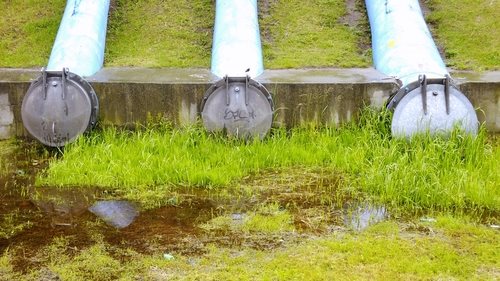 On November 13, 2012, the Department of Justice announced that Roquette America, Inc agreed to pay $4,100,000 million in penalties after it violated the Clean Water Act and its National Pollutant Discharge Elimination System (NPDES) permit.  The violations occurred in Keokuk, Iowa.  The settlement was announced by the Justice Department and EPA.


The Justice Department reports that Roquette knew their wastewater treatment plant could not adequately address spills or handle a loading surge.  The company should have constructed more storage structures in case of surges of wastewater and routed spills to the treatment plant.  The company failed to take any measures and instead discharged the waste directly into Soap Creek and the Mississippi River.


The wastewater facility violated its NPDES permit 1,174 times.  Additionally, there were at least 30 instances of illegal discharging into storm drains and one instance of directly discharging 250,000 of wastewater into the Mississippi River and Soap Creek.  The facility received multiple notices of violation from the Iowa Department of Natural Resources starting in 2000, but the company failed to take appropriate measures anyway.


Apart from the penalty, Roquette is also ordered to conduct multiple surveys of discharge locations, modify sewers, make improvements to their wastewater treatment plant, and improve monitoring.  The additional requirements are estimated to cost the company $17 million.  The company is also required to undergo multiple audits of its treatment plant, its Storm Water Pollution Prevention Program, its NPDES permits, and more.


EPA Region 7 Administrator Karl Brooks stated, “The magnitude of these violations warrants the magnitude of the penalty.  The Mississippi River is a vital waterway, used by millions of Americans for commerce, recreation and drinking water.  It is imperative that industrial facilities abide by their discharge permits to protect our valuable water resources.”