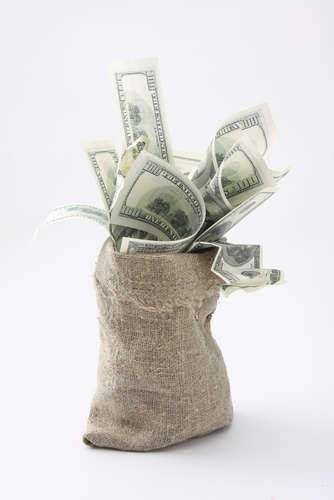 According to the Potsdam Institute for Climate Impact Research and Climate Analytics, the world may become 4 degrees Celsius (7.2 degrees Fahrenheit) warmer by 2100 if current greenhouse gas emissions and future pledges remain the same.  In an effort to spur the development of green technologies in developing countries, the World Bank lent $7.1 billion for mitigating climate change and $4.6 billion for adaptation in 2012.

The Dangers of Rising Temperatures

An increase of 4 degrees Celsius would mean devastation and hardship around the world.  Developing countries are the most affected by climate change because they lack resources, lack government policies to regulate emissions, and/or lack funds to construct or install alternative energy projects.

The Potsdam Institute for Climate Impact Research and Climate Analytics states the following can occur from the rise in temperatures (some of which we’ve already begun to see):

·  more flooding to cities along the coast

·  increase in number an intensity of hurricanes and typhoons

How World Bank Investment and CIF Funding are Helping

CIFs have helped Algeria, Jordan, Morocco, and Tunisia begin construction on what will become the largest Concentrated Solar Power plant in the world.  The plant is capable of producing 1 gigawatt of electricity.  Another example includes pilot studies that address flood risks in Ho Chi Minh City, Vietnam, and seek to improve agriculture practices and irrigation systems.

The World Bank has issued more than $3.3 billion in Green Bonds in a total of 17 currencies.  The Green Bonds encourage the development of green projects while providing a substantial return on investment.  Financing toward green energy accounted for 44% ($3.6 billion) of the World Bank Group’s total amount of energy lending in 2012, which was $8.2 billion.

The World Bank President, Jim Yong Kim, stated: “Lack of action on climate change threatens to make the world our children inherit a completely different world than we are living in today.  Climate change is one of the single biggest challenges facing development, and we need to assume the moral responsibility to take action on behalf of future generations, especially the poorest.”