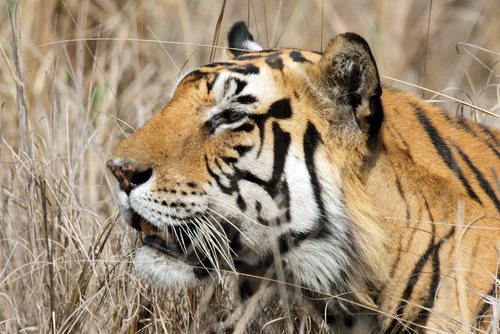 The U.S. Ambassador to India and Bhutan Nancy Powell made the announcement at the Second Asian Ministerial on Tiger Conservation.  The event is organized annually by the Royal Government of Bhutan and the Global Tiger Initiative.

Ministers that attended the Second Asian Ministerial on Tiger Conservation were from 13 different countries containing wild tiger populations.  The recent meeting focused on important achievements in conservation and the implementation of a 12-year conservation strategy and ensured political support would continue.

The same countries that attended this year’s meeting approved the Global Tiger Recovery Program (GTRP) during 2010 in Russia.

Ambassador Powell stated: “Protecting our living natural resources, especially endangered species, has increasingly become an issue impacting the security of nations because of massive upsurges in international wildlife trafficking.  We need to recognize wildlife crime as a serious crime that undermines good governance and rule of law.”

Project Predator is an initiative crated by INTERPOL that aids in the conservation of wild tigers while respecting countries’ rules and government.  Since its creation, the project has provided seminars on police, customs, and wildlife.  The seminars have helped enforcement agencies in other countries identify signs of tiger poaching and underground trading.

David Higgins, the manager of the Environmental Crime Programme under INTERPOL, stated: “This additional financial support from USAID will assist INTERPOL's global and regional networks of national police and enforcement agencies in their continued efforts support the tiger range countries in ensuring that we protect the wild tiger population and target those criminals who are attempting to undermine efforts to conserve this iconic species.”

In 2011, USAID provided monetary support for the creation and launch of Project Predator.  The project has helped Bhutan, China, India, and Nepal confront the killings of protected tigers in their countries.  So far, the countries have made 40 arrests and seizures of big cat skins and other body parts.

Mary Melnyk, the Senior Advisor of Natural Resources Management for Asia and the Middle East for USAID, stated: “USAID is supporting INTERPOL not only because of its international network and communications systems to track down criminals, but also to encourage the greater participation of police in cracking down on wildlife crime.”