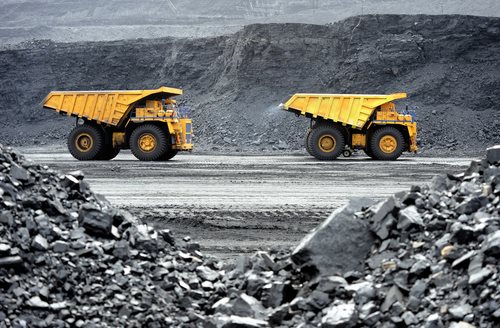 On November 15, 2012, the Sierra Club announced that Patriot Coal Corporation will immediately begin to phase out large scale surface mining throughout Appalachia. Patriot is one of the largest mountaintop coal removal companies in Appalachia.

Patriot Coal filed Chapter 11 bankruptcy on July 9, 2012.  A court order and settlement within certain groups persuaded Patriot to reach an agreement with the Sierra Club, and the Ohio Valley Environmental Coalition, the West Virginia Highlands Conservancy.  Attorneys with Appalachian Mountain Advocates required Patriot to install new pollution controls, but Patriot agreed to cease mountaintop removal mining if granted an extension on the time allowed to install the new controls.

Michael Brune, the Executive Director of the Sierra Club, stated: “This is an historic moment for people hardest hit by mountaintop removal coal mining.  Tens of thousands of people have worked tirelessly to put an end to this destructive process, and today’s agreement is a major step towards ending this abhorrent form of mining and repairing the damage done to communities and ecosystems across the region.”

As part of the agreement, Patriot is also required to withdraw applications for Clean Water Act section 404 valley fill permits.  The permits—currently under review by the Army Corps of Engineers—allow companies to dump mountaintop removal waste into valleys.  The waste can bury streams and headwaters.

Additionally, Patriot will not apply for new large-scale surface mine permits and will not open any new stand-alone surface mines.  Patriot is still allowed to continue with the opening of a new metallurgical coal mine under its pending 404 permit application, but groups have the right to challenge the pending application.

Cindy Rank with the West Virginia Highlands Conservancy stated, “We've been saying for many years that if companies had to pay the real costs of mountaintop removal, it would not be economically feasible.  Hopefully, it’s now become clear that when coal companies are required to prevent illegal selenium pollution and pay the costs for cleanup themselves it’s simply doesn’t make economic sense to continue this destructive form of mining.”