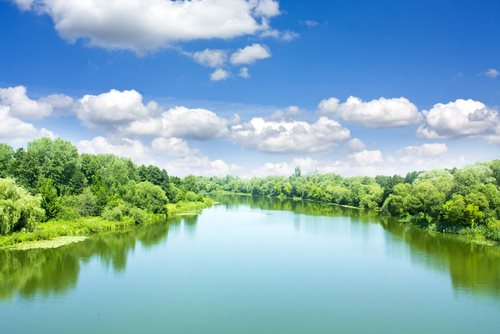 On October 10, 2012, the Environmental Protection Agency announced that it has selected a cleanup plan for contaminated soil, sediment, surface water, and groundwater for the Centredale Manor Restoration Project Superfund site in North Providence.
The EPA reports that Dioxins and Polychlorinated Biphenyals (PCBs) are the main contaminants at the site.  However, the EPA reports the following contaminants as well: furans, metals, volatile organic compounds, semi-volatile organic compounds, and multiple pesticides.
The cleanup plan includes the following:
• the removal and treatment of off-site buried waste and a RCRA Subtitle C cap over the source area for the contamination
• the excavation of contaminated sediment from the Woonasquatucket river and floodplain soil up to the Allendale and Lyman Mill reaches
• the placement of a soil cover over contamination in Oxbow in order to encourage natural recovery and preserve the habitat
• the enforcement of controls to monitor the cleanup plan and maintain the projects
In addition to the cleanup plans above, the EPA will also start a mediation process with numerous parties who are responsible for the contamination.  The cleanup plan is estimated to cost $104 million.
The EPA reports that they will start to contact property owners along the Allendale and Lyman Mill Ponds in North Providence in the next couple of months.  The EPA will tell property owners how they can protect themselves and limit their exposure to the contaminated soil.
Property owners are not the only people at risk of exposure.  The EPA states that recreational visitors like anglers and construction workers may be exposed to the contamination.  A large amount of wildlife is also at risk of exposure.
The cleanup plan will address which parts of the Woonasquatucket River are not safe for recreational use, prevent more contaminants from entering the river, protect wildlife, and reduce water contamination to federal drinking water standards.
Source: U.S. Environmental Protection Agency