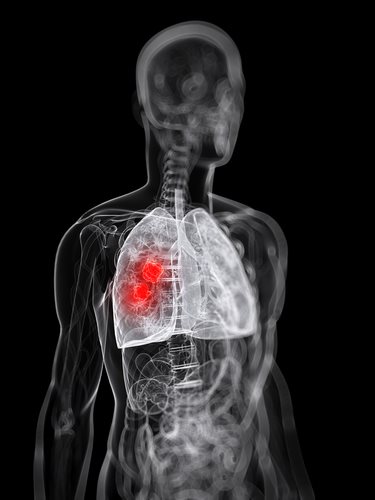 On November 11, 2012, the National Institutes of Health (NIH) announced that a recent international study confirms that certain Asian women who never smoked are genetically predisposed to lung cancer.  The majority of Asian women predisposed to lung cancer have genealogy back to Eastern Asia.  Government funding for the research will likely increase now that variations for specific populations have been identified.


The study was the first large-scale gene study targeting lung cancer and females around the world who never smoked.  The project combined results from 14 different studies that examined a total of 14,000 Asian women.  6,600 of the women had lung cancer, and 7,500 did not have lung cancer.


The research presented some evidence that Asian women with the identified variations may suffer from the effects of secondhand smoke more than others, but more research is needed.


Acting Co-director of NCI’s Center for Cancer Genomics and co-author of the study, Stephen J. Chanock, M.D., states: “This study is an example of how genome-wide association susceptibility studies can evaluate inherited genetic risk in populations with unique characteristics or environmental exposures.  We will continue to develop better, smart applications of this technique and apply them to populations where we have detailed information on environmental factors to further our understanding of how inherited genetic factors modify risk from environmental exposures.”