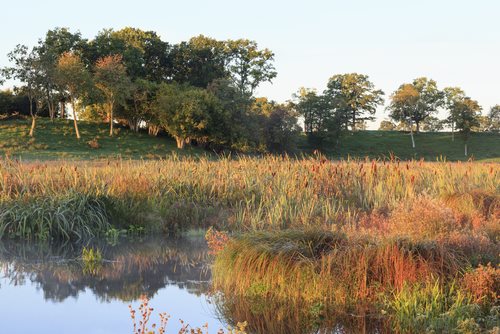 On September 28, 2012, the US Environmental Protection Agency stated that Frederick W. Hertrich, III and Charles Ernesto, Hertrich’s project manager, were ordered to pay a $100,000 fine jointly after violating the Clean Water Act.  The violation occurred in Federalsburg, Maryland in Caroline County.

According to the EPA, the two men were fined after they developed a horse farm on a 183-acre piece of wetlands.  About 56 acres of the wetland were affected by the pastureland.  The wetlands were located near a tributary of the Marshyhope Creek called the Houston Branch, which is located in the Chesapeake Bay Watershed.
Restoration of the affected wetlands was completed in 2011.  The defendants were responsible for planting more than 11,000 seedlings and refilling a drainage ditch.  The ditch was about 10 feet wide and ran into the tributary of the Marshyhope Creek, but the ditch is now plugged and replanted.
According to the EPA and Section 404 of the Clean Water Act, a permit is required from the U.S. Army Corps of Engineers if a landowner wants to discharge pollutants into an area of wetlands.  The two men never received such a permit.  Thus, on top of the restoration efforts and fine, the two men also need to place a deed restriction on about 80 acres of the land that will protect the wetlands in the future.
The EPA noted the importance of this case because of the value of the Chesapeake Bay.  The Bay is the largest estuary in the United States, and water quality in the Bay depends largely on natural wetlands.  The wetlands provide natural filtration before it enters into the watershed.
EPA Regional Administrator Shawn M. Garvin stated, “Wetlands play a powerful role in our environment.  This case sends a clear message that regulatory agencies will take the steps necessary to secure compliance with wetlands regulations and remedy the harm caused by illegal activity.”
Source: Environmental Protection Agency