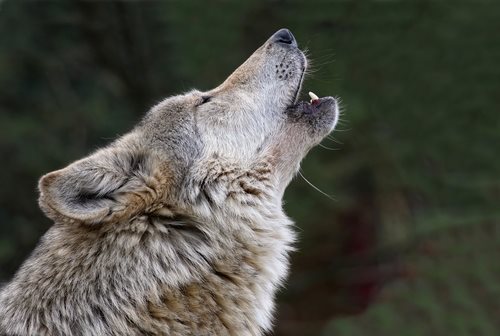 On November 14, 2012, conservation groups filed a suit against the federal government for lifting protection of wolves in Wyoming under the Endangered Species Act.  The U.S. Fish and Wildlife Service originally handed responsibility of wolf management over to the state, even though the Kill-at-Will Wolf Policy is now allowed throughout most of the state of Wyoming.

Conservation groups claim that wolves are only offered limited protection in areas not covered by the Kill-at-Will Wolf Policy, and they also claim that huge numbers of wolves will be killed and stop the recovery of the wolf population in Wyoming.  The group filed the lawsuit in the U.S. District Court for the District of Columbia.

Franz Camenzind, a retired Ph.D. wildlife biologist living in Jackson Hole, stated: “Wyoming’s wolf-management plan is poor policy, weak in its protection of wolves, and based on flimsy science.  Wyoming's plan sets a very disturbing precedent for other states by abdicating management responsibility of a native wildlife species over approximately 85 percent of the state.”

A total of 49 wolves have been killed in Wyoming since the state took over management plans on October 1, 2012.  The killings were performed by state hunting exercises and by private citizens in the “predator zones.”  The number is likely higher because of unreported kills, and the number has already severely reduced the wolf population.  There were only about 328 wolves in the state before the state took over management plans.

Wolves within the predator zones can be shot, snared or trapped, and the wolves can be pursued by helicopters, planes, ATVs, and snowmobiles.  Wolf pups are even allowed to be killed in their dens.

The U.S. Fish and Wildlife Service has denied Wyoming the right to manage their own wolf population in the past because of strict anti-wolf laws in the state, but the state is now virtually free to do what it wants with the wolves in the predator zones.  Conservation groups and independent studies state the reintroduction of gray wolves into the northern Rockies has helped increase the region’s economy and restore ecological balance.

Noah Greenwald, the endangered species director with the Center for Biological Diversity, stated: “Like past versions of Wyoming’s wolf plan—which were rejected by the Fish and Wildlife Service—the new plan fails to ensure the long-term survival and recovery of these unique animals. The decision to remove protections for Wyoming’s wolves failed to rely on best science. It’s a tragic political intrusion into what should be the scientifically guided management of an important endangered species.”