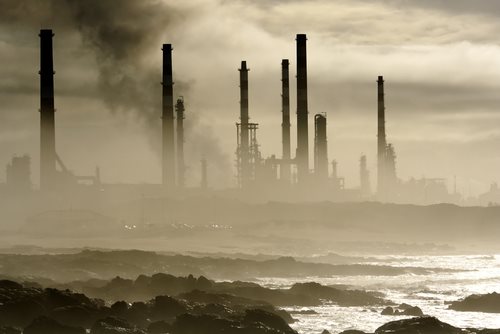 In October 1, 2012, the US Environmental Protection Agency announced that New England residents experienced more smog and poor air quality this year compared to 2011.  According to data from April to September, New England experienced 29 days where ozone monitors recorded air quality above the health standard.  There were only 16 days of bad air quality in 2011.

The EPA specifies that the increased number of days with unhealthy air is directly attributed to the large number of hot days in the 2012 summer.  Large amounts of sunshine and hot temperatures create ozone, but pollution from ozone continues year around.  Ground-level ozone classifies as unhealthy when concentrations are over 0.075 parts per million during an 8-hour period.

The EPA released the following numbers of unhealthy ozone days for each state in New England:

Even though unhealthy ozone days increased in 2012, the EPA reports that air quality is getting better in the long term.  For example, there were a total of 113 unhealthy days in 1983 compared to 29 days this summer.  Even with increased amount of commuter traffic, the air quality is still getting better.  The EPA reports that cars, motorcycles, trucks, and busses give off the most pollution that creates ozone.  Even though there are more cars, the combination of cleaner fuels, more efficient vehicles, and car pulling initiatives helping the air quality.

Curt Spalding, a regional administrator for the EPA’s New England regional office, states: “When we look back to the air quality conditions a generation ago, we can feel proud of the advances we have made in reducing air pollution.”

Pollution: All You Need to Know