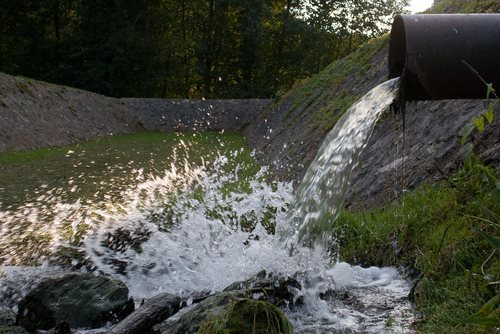 On November 21, 2012, the Environmental Protection Agency (EPA) announced that four seafood processing vessels failed to comply with federal Clean Water Act permits.  The processors were all operating in federal waters off of the Alaska coast, and they each violated the Clean Water Act during seafood waste discharges.

The EPA has reached a recent settlement with the following companies: Aleutian Spray Fisheries, Inc, United States Seafoods, LLC, and Ocean Peace Inc.  The EPA was able to conclude that these companies and their vessels dumped millions of pounds of seafood waste into the Bering Sea, Gulf of Alaska, and the North Pacific Ocean.

Under the Clean Water Act, seafood processors are required to ground certain types of seafood into certain sizes before discharge into the water to allow for the greatest amount of dispersion.  Under the companies’ specific permit for remote areas of Alaska, the seafood waste had to be ground to a maximum of ½ inch.

The company violated its permits between 2007 and 2011.  The EPA is requiring the company to pay a $120,000 fine after an inspection of the F/V Siberian Sea and F/V US Liberator proved the company was not keeping records of its discharges nor having its seafood waste treatment systems inspected.

During an inspection in December of 2010, the EPA concluded the F/T Ocean Peace was not fulfilling the 1/2 inch grind requirement.  The company also failed to take samples of the waste and failed to keep proper records showing the treatment systems were inspected.  The company violated the Clean Water Act permits from 2007 to 2010 and agreed to pay a fine of $98,000.

The EPA inspected the F/T Ocean Alaska in September of 2011.  During the inspection, the EPA concluded the vessel failed to keep records showing the waste treatment was regularly inspected.  The violations took place between 2007 and 2010, and the company agreed to pay a $98,000 fine.

Jeff KenKnight, EPA’s National Pollutant Discharge Elimination System Compliance Unit manager in Seattle, stated: “These permits are intended to protect Alaska's marine habitat and species.  Companies processing seafood must all play by the same rules and comply with the permit conditions.  In general, we find that seafood processing vessels are staying in compliance, but when they don’t, it can have negative consequences.”

Understanding The Causes of Environmental Issues