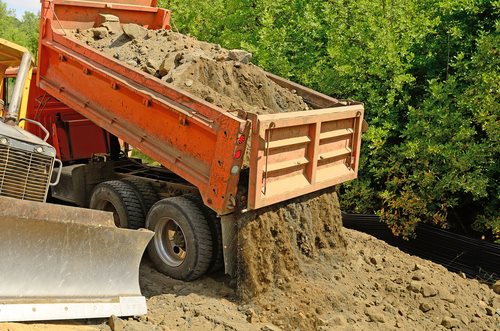 On October 4, 2012, the Environmental Protection Agency announced that it was providing the city of Joplin, Missouri with $2.4 million to sample and clean up contaminated soils that were displaced in May of 2011 when an EF-5 tornado tore through the city.  The contaminated soil contains lead and cadmium.
On May 22, 2011, the EF-5 tornado touched down in Joplin and killed 161 people while injuring thousands of others.  As the tornado swept through the heart of the city, it destroyed 8,000 structures like homes, schools, churches, businesses, and more.  As the tornado tore up foundations, trees, and the soil itself, it exposed soil from old mine waste areas or fill from the mines that was during construction.  The cleanup efforts are also believe to have exposed contaminated soil.
The new federal funding will allow the city of Joplin to replace soil at approximately 240 homes, parks, playgrounds and other areas over the next three years.  The EPA reports that it has been removing mine and smelter wastes from the city of Joplin since the mid-1990s.  Before the tornado, about 2,600 contaminated yards had been cleared of lead and cadmium.  Now, the EPA estimates that about 1,500 to 2,000 more areas now need soil remediation.
Soil remediation for the cleanup efforts after the tornado began in April of 2012.  Since then, 26 yards have been completed, 21 properties are currently being worked on, and another 28 properties are approved and awaiting cleanup.
According to EPA Regional Administrator Karl Brooks, “EPA and the city of Joplin have built a long-term partnership.  For two decades, the Agency has been helping the city provide a clean and healthy environment for its residents.  When EPA’s staff and contractors mobilized within hours of the 2011 tornado to join in the recovery effort, that marked the latest chapter in the continuing story of our excellent relationship.”
Source: U.S. Environmental Protection Agency

China is the Top Buyer and Exporter of Illegal Timber