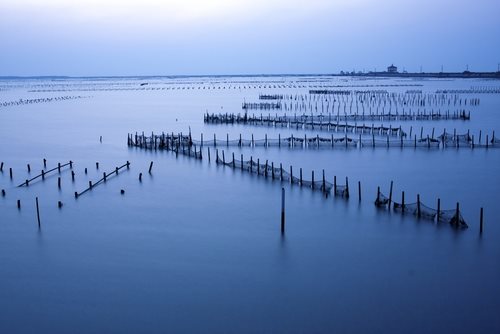 On November 29, 2012, the Department of the Interior made a decision that was hailed by several environmental groups and deeply criticized by supporters of the oyster farm.  Secretary Ken Salazar made a decision to end Drakes Bay Oyster Company’s permit at the Point Reyes National Seashore in California.

The decision will help preserve the land within the park and make sure existing ranching operations are sustainable.

The National Park Service purchased the area of land in 1972, but there was an oyster operation on the land at the time of purchase.  The National Park Service gave the oyster service rights to continue operations for 40 years.  Drakes Bay Oyster Company purchased the business from the prior owner in 2004, and there was a dispute if the operations should still be shut down by November 30, 2012.

Secretary Salazar stated: “We’ve undertaken a robust public process to review the matter from all sides, and I have personally visited the park to meet with the company and members of the community.  After careful consideration of the applicable law and policy, I have directed the National Park Service to allow the permit for the Drakes Bay Oyster Company to expire at the end of its current term and to return the Drakes Estero to the state of wilderness that Congress designated for it in 1976.”

Congress designated the Point Reyes National Seashore as a national park system in 1962 to help protect over 80 miles of coastline in California.  The legislation let the Secretary of the Interior to continue leasing specific areas of the park for dairy and cattle-ranching.

As part of the announcements, Secretary Salazar asked the National Park Service to extend agricultural permits to 20 years instead of 10 years to allow sustainable dairy and ranching activities to continue in designated areas.

The area is now the only marine wilderness areas on the west coast outside of Alaska.

Secretary Salazar stated: “Carrying out steps set in motion by the United States Congress over three decades ago, we are taking the final step to recognize this pristine area as wilderness.  The Estero is one of our nation’s crown jewels, and today we are fulfilling the vision to protect this special place for generations to come.”

Source: Department of the Interior