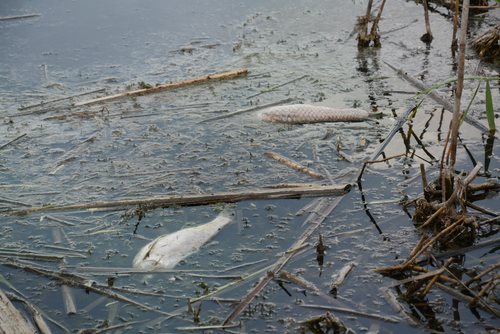 
Industrial activities in the past have contaminated ground water on the site with tetrachloroethene (PCE), a volatile organic compound.

The site was rented by Jack Manne, Inc. from 1965 to 1975.  The company cleaned and repaired computer chip racks that were supplied by the International Business Machines Corporation (IBM).  PCE and other solvents were used in the process and placed in a septic tank and another pit on the property.


During a random sampling of residential wells in 2000, the New York State Department of Health found that PCE levels were above the maximum federal and state levels.  The EPA immediately started providing bottled water to residents with contaminated wells, and the source of contamination was discovered shortly after.


IBM was ordered to remove sources that contributed to the water contamination.  During the same year, IBM began a study for alternative water supplies to the affected residents.  The EPA eventually approved a plan to connect the residences to the Fishkill municipal water supply.  The connection was completed in March of 2009.


The finalized cleanup plan will continue a process that extracts contaminated ground water and treats the water before it is released back into the ground.  The finalized plan will also rely on natural processes to decontaminate the water.


The EPA will continue to sample the groundwater and measure the effectiveness of the finalized cleanup plan.  The EPA states that the use of certain land and ground water is still restricted.


IBM will continue with the cleanup.  The project is estimated to cost about $2.7 million, and IBM has taken responsibility for the costs.